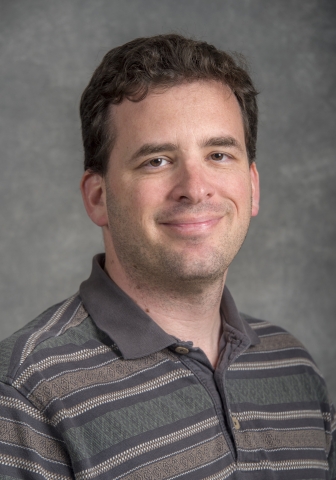 Adam Z. Weber holds B.S. and M.S. degrees from Tufts University, the latter under the guidance of Professor Maria Flytzani-Stephanopoulos.  Next, he earned his Ph.D. in chemical engineering under the guidance of John Newman at the University of California, Berkeley.  His dissertation work focused on the fundamental investigation and mathematical modeling of water management in polymer-electrolyte fuel cells.

Dr. Weber continued his study of water and thermal management in polymer-electrolyte fuel cells at Lawrence Berkeley National Laboratory, where he is now a staff scientist and Group Leader of the Energy Conversion Group. His current research involves understanding and optimizing fuel-cell performance and lifetime, including component and ionomer structure/function studies using advanced modeling and diagnostics, understanding flow batteries for grid-scale energy storage, as well as analysis of solar-fuel generators where he is a Thrust Coordinator at the Joint Center for Artificial Photosynthesis (JCAP). Dr. Weber is also the Deputy Director of the DOE Fuel-Cell Performance and Durability (FC-PAD) consortium as well as Deputy Director of the HydroGen - Advanced Water Splitting Materials Consortium.

Journal and Editorial Board Memberships

Journal of Applied Electrochemistry, Editorial Board

Influence of Mesoscale Interactions on Proton, Water, and Electrokinetic Transport in Solvent-Filled Membranes: Theory and Simulation

On the Nature of Field-Enhanced Water Dissociation in Bipolar Membranes

New roads and challenges for fuel cells in heavy-duty transportation

Impact of Dispersion Solvent on Ionomer Thin Films and Membranes

Improving Energy System Resilience at Berkeley Lab and Beyond

Theory of Multicomponent Phenomena in Cation-Exchange Membranes: Part I. Thermodynamic Model and Validation

Towards membrane-electrode assembly systems for CO2 reduction: a modeling study

Along-the-channel modeling and analysis of PEFCs at low stoichiometry: Development of a 1+2D model

Along-the-channel modeling and analysis of PEFCs at low stoichiometry: Development of a 1+2D model

Nano- and Mesoscale Ion and Water Transport in Perfluorosulfonic-Acid Membranes

The Relationship between Shunt Currents and Edge Corrosion in Flow Batteries

Improvement and analysis of the hydrogen-cerium redox flow cell

A Review of Hydrogen/Halogen Flow Cells

The Influence of Electric Field on Crossover in Redox-Flow Batteries

Design and Development of an Integrated Workstation Automation Hub

The Influence of Electric Field on Crossover in Redox-Flow Batteries

Optimization of electrode characteristics for the Br2/H2 redox flow cell

Polymer Physics: Impact of Substrate and Processing on Confinement of Nafion Thin Films

Impact of Substrate and Processing on Confinement of Nafion Thin Films

Effect of Mechanical Compression on Chemical Degradation of Nafion Membranes

Structural and transport properties of Nafion in hydrobromic-acid solutions

Toward an Ideal Polymer Binder Design for High-Capacity Battery Anodes

Effect of compression on PFSA-ionomer morphology and predicted conductivity changes

Effect of Compression on Conductivity and Morphology of PFSA Membranes

Mathematical Modelling of Cation Contamination in a Proton-exchange Membrane

IMPORTANT – READ CAREFULLY: This End User License Agreement (“Agreement") is a legal agreement between you (in your capacity as an individual and as an agent for your company, institution or other entity) (collectively, "you" or "Licensee") and The Regents of the University of California, Department of Energy contract-operators of the Ernest Orlando Lawrence Berkeley National Laboratory ("Berkeley Lab").

Downloading, displaying, using, or copying of the image by you or by a third party on your behalf indicates your agreement to be bound by the terms and conditions of the End User License Agreement and that you have read and agree to the Copyright Notice, Disclaimers and Usage Terms. You agree that the image selected by you may be used for noncommercial, educational purposes only; no derivative works are allowed, photos of individuals may only be used for identifying the individual and/or their research, and attribution and copyright notice is required. Please credit the Lawrence Berkeley National Laboratory and provide the following copyright notice: "© 2010 The Regents of the University of California, through the Lawrence Berkeley National Laboratory."

If you do not agree to these terms and conditions, do not download, display or use the image.