Hydrogen: The Energy Carrier of the Future 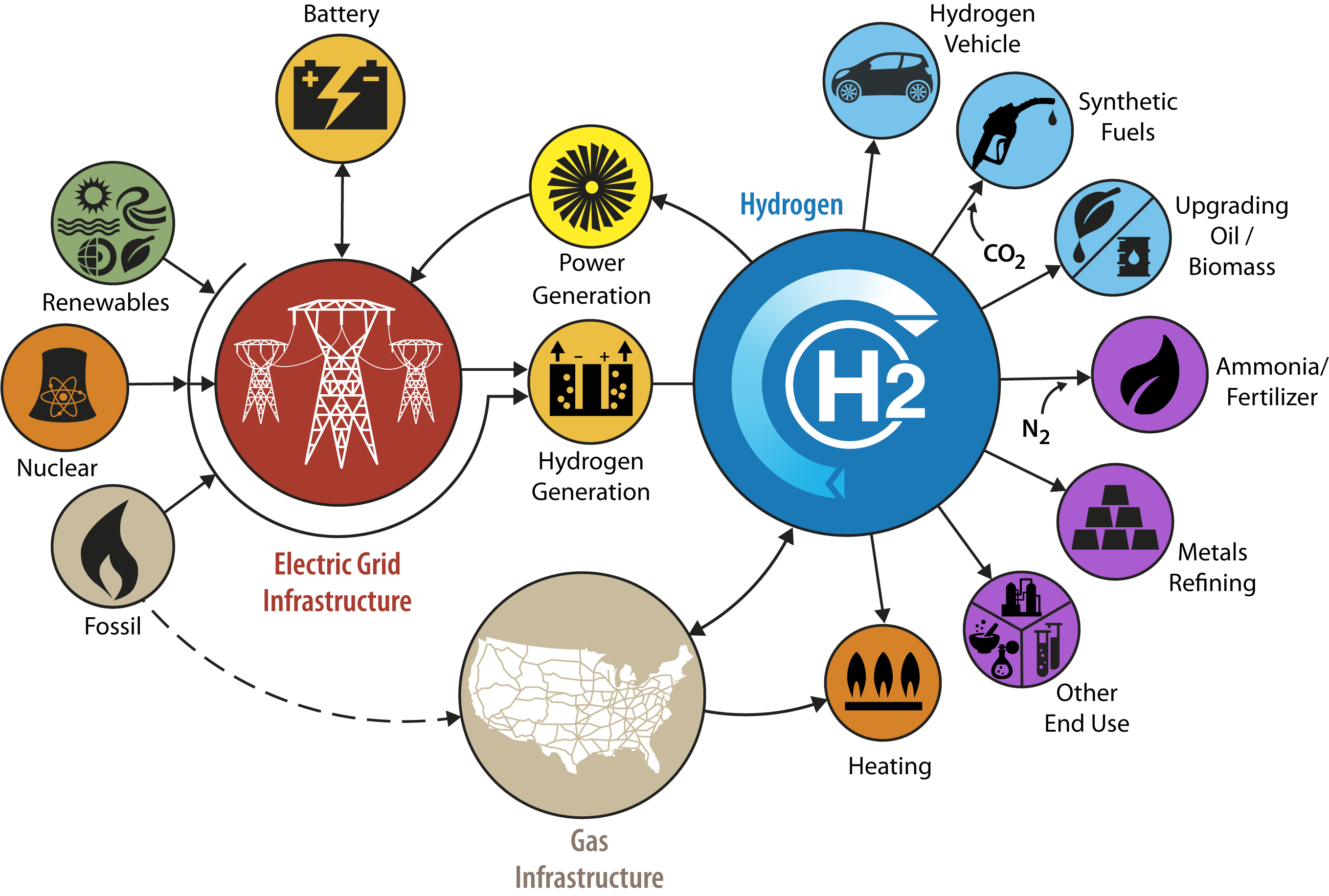 October 8 marks the 4th annual National Hydrogen Day—a date that gives a nod to the atomic weight of hydrogen (1.008) and to the increasing role hydrogen fuel is playing nationally. Berkeley National Laboratory (Berkeley Lab) scientists are working every day on research that allows hydrogen to be produced, stored, and used in cleaner and even more efficient and affordable ways.

Hydrogen fuel is considered a key component of an all-of-the-above energy portfolio and one of the fastest-growing clean energy technologies. From zero-emission fuel-cell cars to clean, distributed energy production, hydrogen has a significant part to play in our secure and affordable energy future. Throughout the last decade, and with funding and leadership from the U.S. Department of Energy's (DOE) Fuel Cell Technologies Office in the Office of Energy Efficiency and Renewable Energy, hydrogen has already found traction in the marketplace—today more than 5,300 commercial fuel cell vehicles are on the road along with roughly 40 publicly accessible hydrogen fueling stations, mostly in California.

Now that hydrogen fuel-cell cars have found real-world applications, the race is on to optimize their performance and hone production and storage technologies to make hydrogen fuel applications, for zero-emission cars and beyond, even cleaner and more economically competitive.

"We are really enabling the science behind the necessary advancements to make hydrogen the widespread energy carrier of the future," said Adam Weber, leader of the Energy Conversion Group in Berkeley Lab's Energy Storage and Distributed Resources Division, and manager of the Hydrogen and Fuel Cell Lab Program. "We're taking a systematic and holistic approach to advance the science and understanding of hydrogen," he said.

Weber, a former Presidential Early Career award recipient, explains that hydrogen fuel research can be categorized using a "make, use, store" paradigm. Their research on the "make" side of the paradigm runs through the HydroGen consortium, their "store" research through the HyMARC consortium, and their "use" research through the FC-PAD consortium—all three collaborations of U.S. national laboratory researchers, academics, and industry, with a focus on concentrating expertise from DOE's national laboratory assets to advance hydrogen fuel research.

For example, on the production side, because hydrogen is not readily available terrestrially in pure form, the "make" part of the "make, use, store" paradigm is focused on advancing hydrogen fuel technology by finding better ways to produce the fuel. Currently, hydrogen is primarily produced by extracting it from natural gas. Berkeley Lab Research Scientist Nemanja Danilovic manages the day-to-day activities on projects that are creating benchmarks and protocols to standardize the production side of the hydrogen fuel research as well as developing materials that advance technologies that produce hydrogen fuel from water.

"Water splitting is one of the cleanest way to make hydrogen, and one of the most promising research areas," said Danilovic. "It's exciting that we're already starting to see advanced materials coming out our early-stage hydrogen fuel production research, so that we can move the technology forward."