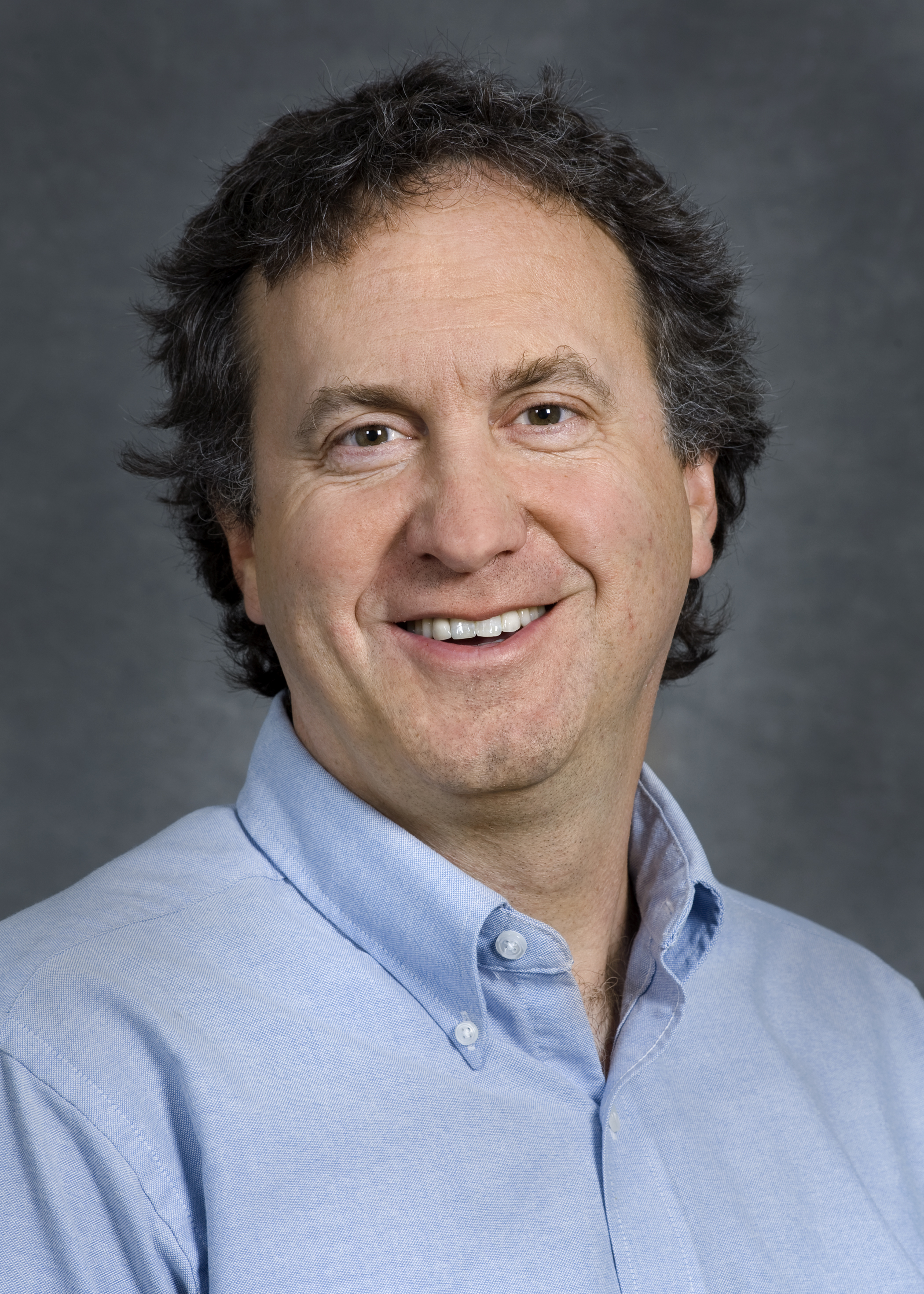 One of the quickest, most inexpensive paths to increasing gas mileage and reducing vehicle carbon dioxide emissions is to reduce vehicle weight, rather than investing in new, expensive vehicle technologies. Concerns that reducing vehicle weight will result in increased fatalities from vehicle accidents have hindered past efforts to substantially increase fuel economy standards, but recent research results, including those of Tom Wenzel, a research scientist at Lawrence Berkeley National Laboratory’s Environmental Energy Technologies Division (EETD), are challenging this assumption. If analyses can show that vehicle manufacturers can lower vehicle weight safely, then corporate average fuel economy (CAFE) standards can be strengthened without undue cost to consumers.

Wenzel’s role in examining the relationship between vehicle weight and traffic fatalities began years ago, when the National Highway Transportation Safety Administration (NHTSA) published its first studies on the subject in 1997 and 2003. While reviewing the results of those studies, he noticed some shortcomings.

“The reports’ conclusions weren’t necessarily based on their analytical results,” he recalls.

So, supported by several foundations, he reviewed and commented on the earlier studies. Then, when the most recent rulemaking to raise CAFE standards began, the U.S. Department of Energy (DOE) funded him to analyze the most recent NHTSA analysis, and also to look at independent data on the relationship between reductions in vehicle weight and casualty risk (which addresses both fatalities and serious incapacitating injuries) per vehicle crash.

“They brought me in very early on,” says Wenzel. “I met twice a month via phone with the EPA, DOE, and NHTSA, so I had input on the initial NHTSA study. Charles Kahane, who did the NHTSA studies, shared his databases with me, so I was able to use the same data and methods that he used for the NHTSA report.”

However, Wenzel evaluated Kahane’s data a bit differently. For example, Kahane used a regression model that accounted for many variables—other vehicle characteristics and safety technologies, driver age and gender, and crash conditions (day or night driving, on high or low speed roads, in rural or urban locations)—however, his report did not focus on the effect of these other variables on risk, many of which can affect fatality rates much more than changes in the weight of vehicles. For example, night driving is much riskier than driving during the day; changes in vehicle mass have a small effect on fatality risk compared to the effects of many of the other variables that Kahane included in his regression models.

“Ideally, to really determine the change of mass on fatalities, you would take the exact same car and take, say, 100 pounds off it while keeping all other variables the same. Computer-assisted engineering allows one to model how mass reduction might affect safety in a particular vehicle design.  On the other hand, regression analysis attempts to isolate the effect of mass reduction on fatality risk using real-world data on vehicle crashes, while controlling for all the other ways in which vehicles, drivers, and crashes differ. I found that, even after accounting for all of the variables Kahane included in his regression model, there is very little correlation between a vehicle model’s mass and its fatality risk.  There’s a wide range in risk among vehicle models—on the order of two to three times difference—even for models that weigh roughly the same.  And there are other differences among the designs of vehicle models that aren’t explained in the regression analysis.”

Wenzel’s first study assessed Kahane’s 2011 NHTSA logistic regression analysis. The 2011 NHTSA analysis had updated earlier NHTSA studies of the relationship between vehicle mass and U.S. societal fatality risk per vehicle mile traveled (VMT), using data for model year 2000–2007 vehicles in calendar years 2002 through 2008. Societal fatality risk is analyzed, which includes fatalities in both the case vehicle and in any of its crash partners, including bicyclists and pedestrians.  The analysis examines the effect of mass reduction on three vehicle types (cars, light trucks, and crossover utility vehicles/minivans) in nine types of crashes, for a total of 27 regression models. The NHTSA analysis found that reducing vehicle mass by 100 pounds while holding the vehicle’s footprint fixed would increase the fatality risk per VMT by 1.44% for lighter-than-average cars and 0.52% for lighter-than-average light-duty trucks. However, mass reduction in heavier-than-average light-duty trucks, while holding footprint constant, would reduce fatality risk by 0.40%. The study found that only the effect of mass reduction on lighter cars was statistically significant.  The NHTSA concluded that the effect of vehicle mass reduction on U.S. fatalities is small.

The NHTSA found a much smaller effect of mass reduction on risk in its 2011 study than it had in its 2003 and 2010 studies, particularly for cars. NHTSA attributes this decrease to the phase-out of relatively light car models with an unusually high fatality risk; an observed improvement in how light, small cars are driven (which reduces their tendency to be involved in serious crashes); and improvements made to light trucks to improve their compatibility with other vehicles. The 2011 NHTSA analysis also found that reducing vehicle footprint by one square foot while holding mass fixed would increase fatality risk per VMT by 1.89% in cars and 1.73% in crossover utility vehicles (CUVs) and minivans.

Wenzel replicated the NHTSA analysis to analyze how sensitive the results were to changes in the data and control variables used in the regression models.  He found that:

Perhaps Wenzel’s most surprising result is that, although risk tends to decrease as mass increases on average, an increase in mass for individual vehicle models does not inherently result in reduced risk. As shown in the figure below, after accounting for all the variables NHTSA used in its regression analyses, fatality risk and mass are not strongly correlated, with the R2 ranging from 0.33 for CUVs to less than 0.15 for all other vehicle types (an R2 of 0.00 would indicate no correlation between vehicle mass and risk, while a value of 1.00 would indicate perfect correlation). For full-size (i.e. ¾- and 1-ton) pickups, risk actually increases as mass increases, with an R2 of 0.43.  Wenzel also found that the remaining (or residual) risk not explained by the variables used in the regression models also is not correlated with mass.

The figure indicates that some vehicles on the road today have the same (or lower) risk than models that weigh substantially more and have a substantially larger footprint.  After accounting for differences in driver age and gender, safety features installed, and crash times and locations, there are numerous examples of models from different manufacturers with similar weight and footprint, yet widely varying fatality risk. Differences in vehicle design can, and already do, mitigate any potential safety penalty from reduced mass; this is consistent with NHTSA’s opinion that some of the changes in its regression results between the 2003 study and the 2011 study are due to the redesign or removal of certain smaller and lighter models of poor design.

Wenzel’s second study used similar methods to analyze the effect of mass and footprint reduction on casualty risk per police-reported crash, using data from 13 states.  Wenzel’s study differed from the NHTSA study in two respects: (1) it analyzed risk per crash, using data on all police-reported crashes from 13 states, rather than risk per VMT, and (2) analyzed casualty (which encompasses both fatality and serious injury) rather than just fatalities alone.

“By looking at risk per crash, rather than risk per estimated VMT,” explains Wenzel, “we’re able to isolate the two components of risk per VMT: a vehicle’s crash frequency (number of crashes per VMT) and its ‘crashworthiness’ (number of casualties per crash). We can then examine the effect of mass and footprint reduction on how well a vehicle protects its occupants once a crash occurs. And by extending the analysis to casualties, rather than just fatalities, we’re able to both reduce the statistical uncertainty, and include incapacitating injuries, which can be just as traumatic and costly as fatalities.”

Overall, Wenzel’s two analyses confirmed NHTSA’s general findings that the relationship between vehicle weight and risk is small. And although he expected those findings, Wenzel was surprised at just how little relationship he found between vehicle weight and risk. “I knew it was weak, but not that weak,” he says. “These results should help policy makers feel more comfortable in encouraging car manufacturers to reduce weight.”

Increasing vehicle mass does not inherently increase safety in all kinds of crashes.  For example, installing a stronger roof and support pillars, which happen to weigh an additional 100 lbs, will provide increased protection in rollovers but little additional protection in crashes with other vehicles; while adding a stronger bumper, also weighing 100 lbs, will improve safety in frontal crashes (and likely reduce safety in crash partner vehicles) but not in rollovers.  Both of these increases in vehicle mass will have larger overall safety benefits than putting 100 lbs of topsoil in your vehicle's trunk.  So increased mass does not inherently increase vehicle safety; it all depends on where and how it is added; in short, how it is incorporated into the overall vehicle design.

In November 2011, the U.S. Department of Energy and the NHTSA issued a joint proposal to improve fuel economy and reduce greenhouse gas emissions for model year 2017 through 2025 light-duty vehicles. The proposed standards would require an industry fleetwide average of 54.5 miles per gallon for all passenger cars, light-duty trucks, and medium-duty passenger vehicles. Given the current CAFE standards of 34.1 mpg for model year vehicles 2012 through 2016, it’s easy to wonder whether consumers can afford the change, and even if the industry can meet the targets.

“Mileage standards are based on cost-effectiveness,” says Wenzel. “As part of their analysis, the federal agencies evaluate whether a consumer can recoup the increased first-cost of a vehicle through fuel savings over a three-year period. If they can, that’s considered a reasonable trade-off.”

As for the auto industry’s ability to build vehicles to meet the goals, studies such as Wenzel’s give automakers and policy makers the information they need to make those determinations. In fact, there is potential to substantially reduce mass and even size, and therefore improve fuel economy, while making vehicles stronger and more crashworthy, using new lightweight, high-strength materials.

“My studies show that some manufacturers have already mitigated any safety penalty from mass reduction through careful vehicle design,” says Wenzel.  “There’s no reason to expect that they can’t make lighter, or perhaps smaller, vehicles that are just as safe, if not safer, than the vehicles on the road today.”